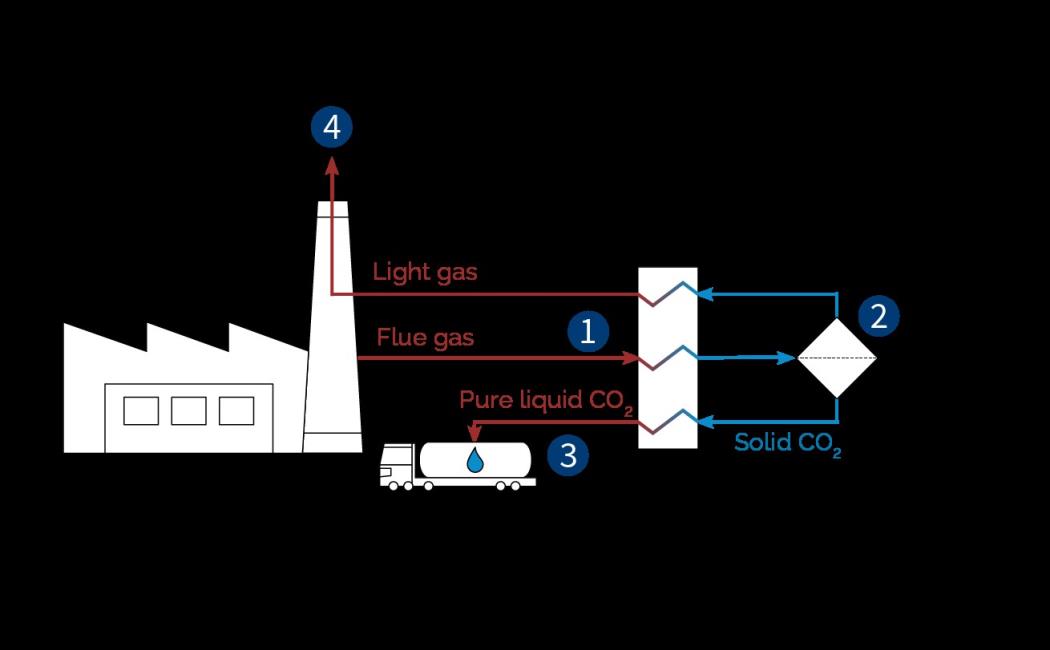 KAUST is developing Cryogenic Carbon Capture technology in collaboration with Sustainable Energy Solutions LLC (USA) as a part of the Near Term Grand Challenge. Our technology can capture (remove) CO2 from the exhaust gases of a fossil power plant or an industrial plant (e.g., cement) or any process that releases CO2 in the exhaust. The captured CO2 has >99.99% purity and can be used in most industrial applications. 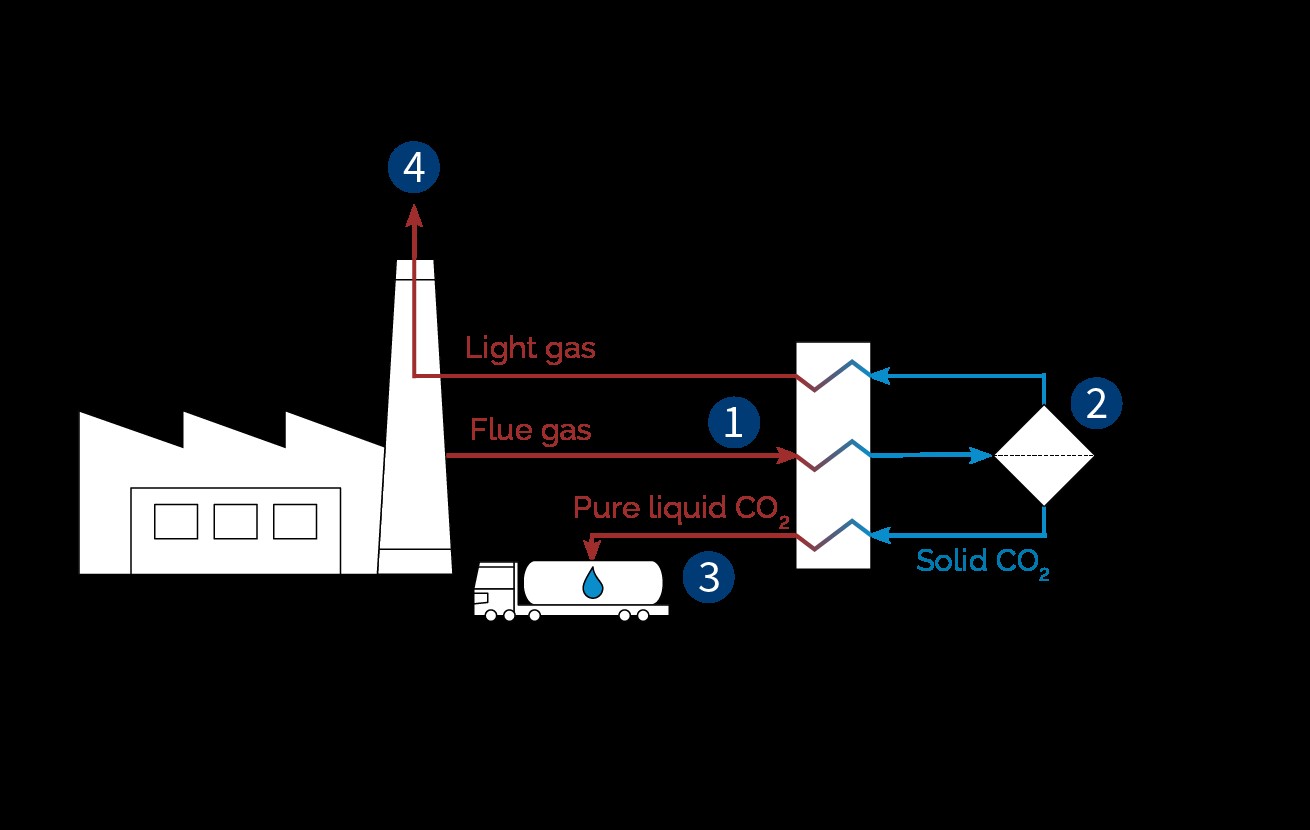 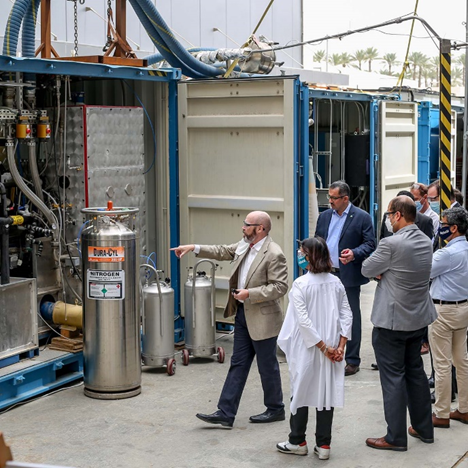