When Cool Ideas Come Raining Down 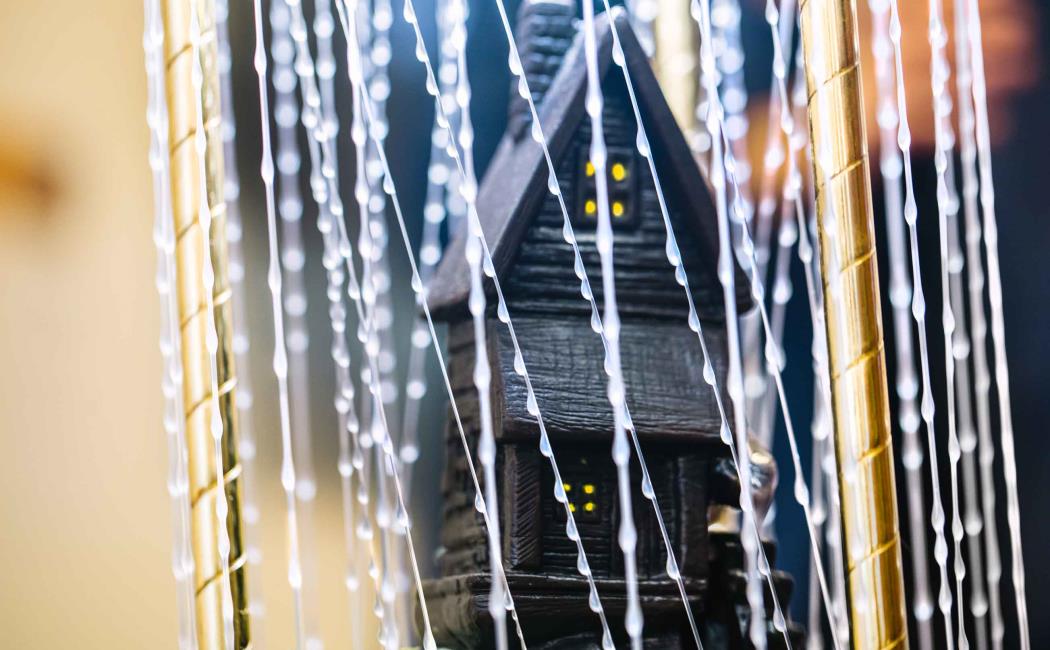 When Cool Ideas Come Raining Down

Capturing carbon dioxide (CO2) from flue gases by freezing it to a solid is potentially more cost-effective and efficient than absorption/desorption methods.

“At the heart of our low-temperature carbon-capture technology is a spray tower, where very cold liquid is sprayed onto incoming flue gas,” says Christopher Wagstaff, Ph.D. candidate at KAUST’s Clean Combustion Research Center. “The CO2 in the gas instantly freezes on contact with the liquid, which enables it to be collected. However, to optimize the process, the spray of cold liquid droplets needs to be uniform and consistent and densely but evenly distributed. Current designs do not achieve this.”

Wagstaff is working on this challenge under the supervision of KAUST’s Bill Roberts. After exploring various concepts with colleagues, Wagstaff came to believe that slight changes to the nozzles or spray patterns wouldn’t make much improvement.

Then, scrolling through social media one day, Wagstaff came across a group called Weird Secondhand Finds. Someone had shared an image of a rain oil lamp, which Wagstaff instantly recognized from his childhood. 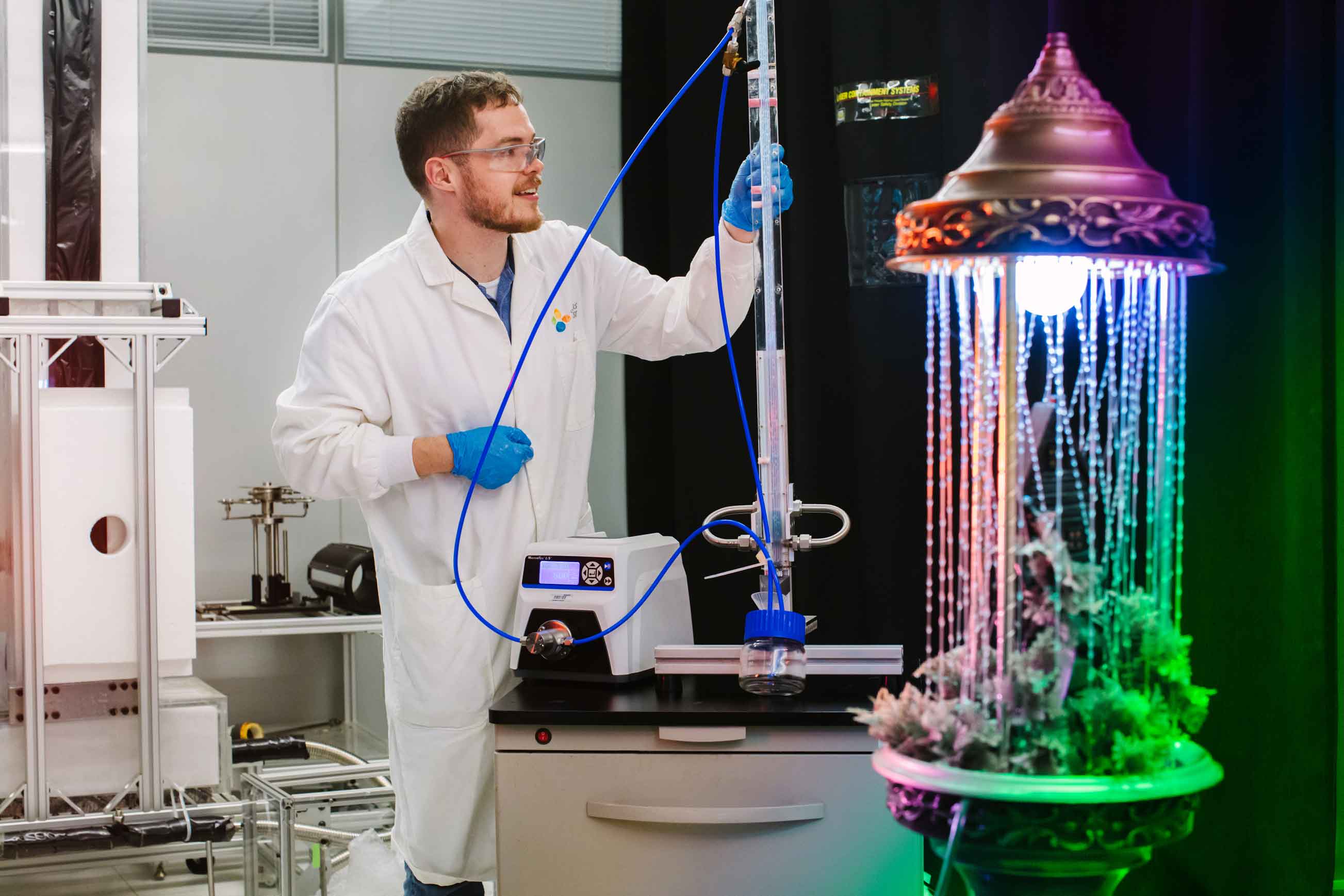 “Family friends had a rain oil lamp, and as a kid, I would gaze at the droplets gliding along the oil-wetted wires while the adults were having a boring conversation,” says Wagstaff. “The way the droplets glide is really eye-catching: they move ‘mostly’ predictably, like water over a waterfall.”

Wagstaff realized that this wetted-wires design could improve the spray tower. “Having the droplets slide on wires would make them more uniform in size and evenly and tightly distributed, and they would ‘fall’ much more slowly than droplets in freefall,” he says. By engineering the wires to precisely control the droplets, the team could feasibly harvest more CO2 from flue gas.

“Finding inspiration from seemingly unrelated fields to tackle challenging problems takes a sense of wonder and excitement; Chris has both in spades,” says Roberts.

Wagstaff conducted extensive experiments to determine the most compact wire spacing and best orientation to avoid droplets merging, and also examined the surface tension under the input gas counterflow. Initial trials with the wetted wires are showing great promise.

“It is a tricky problem, but if the wetted wire phenomena can be engineered into a practical solution, then it will transform the efficiency and scalability of this system,” says Roberts.

“We’re working with Saudi companies to demonstrate low-temperature carbon capture,” adds Wagstaff. “Actually, wetted wires could have many applications: for instance, distillation and refining processes could benefit from this idea.”